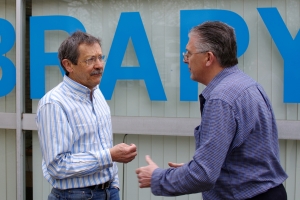 Earlier this year the County Council decided to charge people for using the computers in libraries to access the internet. It was a part of its plan to make more money out of its library operations. It’s failed on two counts.

Firstly it hasn’t raised any money. It was forecast to raise £108 thousand. In the papers going to the Highways & Community Infrastructure Committee next week the income is forecast to be just £4 thousand. That’s a failure by anybody’s measure.

But it’s also failed by managing to reduce computer usage. It’s down 54%. That’s not a great advert for a service which exists to provide its customers with information and the means to access it.  So I make that a double failure.

Interestingly usage for less than half an hour, charging only kicks in after 30 minutes, is up 20%. I’m not sure if that’s good news but it does show that people will act smart if they’re asked to pay for something which they think should be free.

Lib Dems at CCC were against this charging when it was first mooted earlier this year (click here for the relevant post). We’d be justified in saying ‘we told you so …’